How to see the invisible?

Initially designed to study the phenomenon of cloud formation, the fog chamber is a device for visualizing the radiation penetrating an enclosed volume of the device. It is particularly well adapted to visualize the cosmic radiation, visible at any place on Earth (except at great depth…). 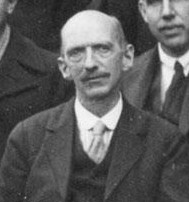 Its principle is illustrated by the figure below. An alcohol-saturated steam is created between two plates, one called ‘cold’ at -35°C, the other called ‘hot’ at 15°C and only a few centimetres apart.

The passage of a particle causes the local ionization of the saturated steam into alcohol. Its trajectory is thus materialized by the condensation of the steam. 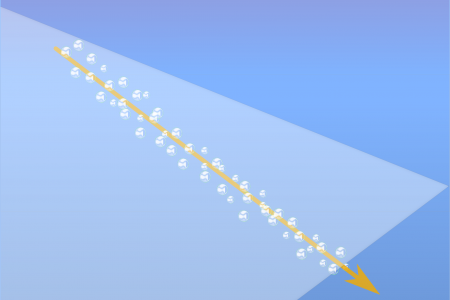 Invented in 1912, it was the first particle detector in history and its inventor, C.T.R. Wilson, was awarded the Nobel Prize in Physics in 1927 for its realization.

Particles from cosmic rays (or any other radioactive source that can emit particles through the glass walls of the enclosure) can also be identified by the energy they deposit along their path. The greater the energy, the greater the density of the alcohol droplets formed in the path of the particle.

The fine and non-rectilinear traces are due to light particles that interact a lot in their environment: electrons (or particles β).

The fine rectilinear traces are characteristic of particles that do not interact much and deposit little energy in their environment: muons.

Thick traces are due to heavy particles that rapidly deposit all their energy over a very short path in matter: protons or particles α mainly.