The LISA (Laser Interferometer Space Antenna) project is an international space mission that aims to detect gravitational waves emitted by the most violent events in the Universe such as the coalescence of supermassive black holes and other compact stars. The measurement of the gravitational signal of binary systems will allow to test the fundamental theories of Gravitation and General Relativity.
Since the success of the LIGO/VIRGO ground-based detectors with the discovery of the first gravitational signals (merger of two black holes: GW150914), the scientific community is all the more convinced of the need to get rid of terrestrial noise. Thus, with 3 interferometers of 2.5 million km, LISA will be able to measure gravitational waves in the low frequency range (10^-4 Hz-10^-1 Hz). The sensitivity range of LISA will allow to observe the coaslescences of massive objects up to the edge of the Universe as well as the spiral phases of neutron stars years before their fusion is detected by terrestrial detectors. 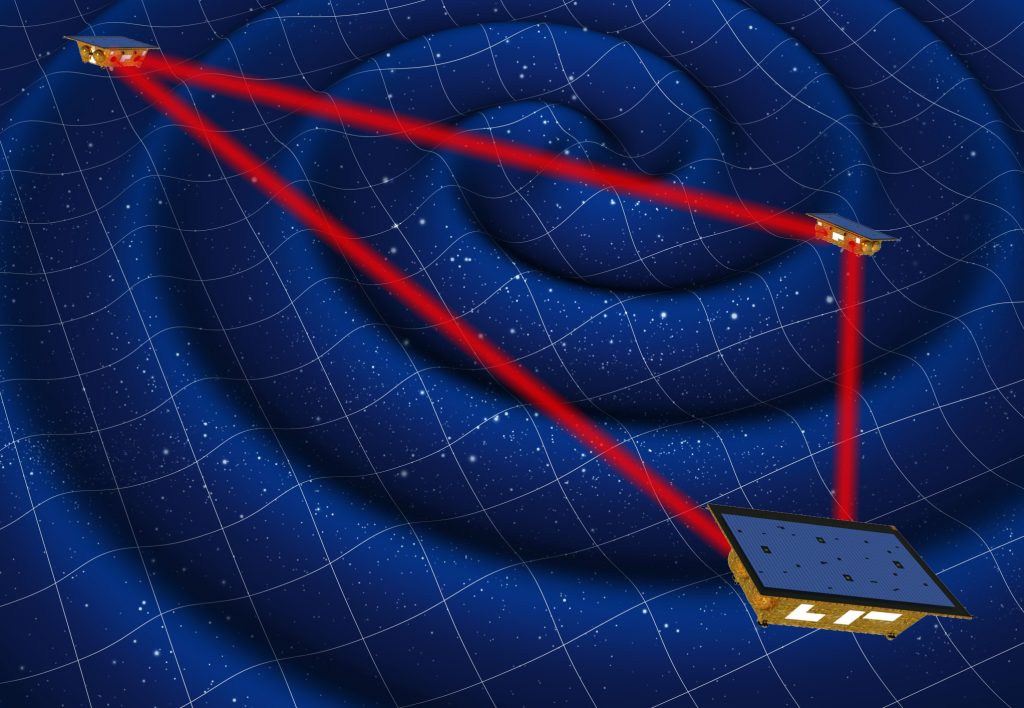 The objective of this detector will be to measure variations in distance of 10 picometers (1 picometer = 10-12 meters) between two reference masses a few million kilometers apart. To achieve such a performance, LISA includes three satellites in heliocentric orbits forming the constellation in a stable triangular formation (constant side length to first order) with a period of 1 year and following the orbit of the Earth. Installed within the satellites, the reference masses follow free fall trajectories in the inter-satellite axis. The constraints undergone by the satellites (solar winds) are compensated for at all times to protect these reference masses.
Each satellite carries 2 reference cubes (test mass) as well as optical benches and lasers (1064 nm) allowing to make an interference between the sent beam and the received beam.

Unlike a Michelson, in LISA, the laser beam is not reflected to interfere with a beam from the same laser. As a consequence of the large inter-satellite distance, the received light power is of the order of picoW. It is therefore not possible to send this beam back to the transmitting satellite. It is therefore with a digital algorithm that the laser beams are combined to achieve digital interferometers. 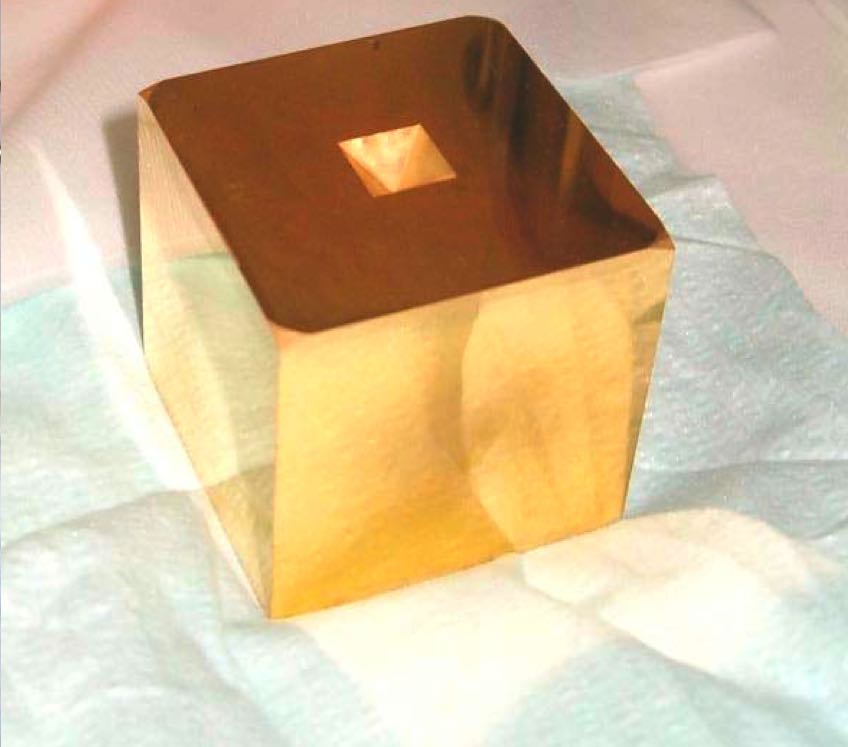 The signature of gravitational waves is detected in the Doppler shifts (of frequency) between the light arriving from a distant optical bench and the corresponding local laser. The combination of the 6 data streams with well chosen delays allows to remove part of the noise (laser noise, translational noise…) while keeping the gravitational signal. The calculation of the digital interferometry corresponding to the calculation of a part of these combinations, which will be called the TDI (Time Delay Interferometry).

Since the dawn of time, man has been observing the sky, for fear, pleasure, to orient himself or to understand his environment. Until very recently, this observation of the Universe was essentially done thanks to photons over a very wide range of frequencies. These photons are neutral particles and are therefore not deviated by the magnetic fields that prevail in and between galaxies to the far reaches of the Universe. This advantage allows them to probe point objects in the Cosmos. Thus, many photographs and/or maps of the sky have been obtained in wavelength ranges from radio waves to gamma rays, passing through the optical domain or X-rays.

The Consortium consists of scientists who participated in the ground-based gravitational wave detection projects Virgo, LIGO, GEO, those who contributed to the success of the LISA Pathfinder technology demonstration mission, and physicists from the particle physics community. The Consortium submitted a “White Paper” entitled The Gravitational Universe that was validated by ESA in 2017. LISA has been selected to be the third Large Class Mission before adoption in 2023 and launch in 2034. This consortium meets regularly several times a year, the agenda of the meetings and more detailed information can be found at https://www.elisascience.org/

The LPCCaen is a full member of the LISA consortium since 2018. The team consists of physicists from the neutrino physics community. The team is involved in the Lisa Data Processing Group (LDPG) and more specifically in the WG2 (software design and architecture) and WG6 (initial noise reduction — INREP) working groups. The next step will be to contribute to the data analysis algorithms. 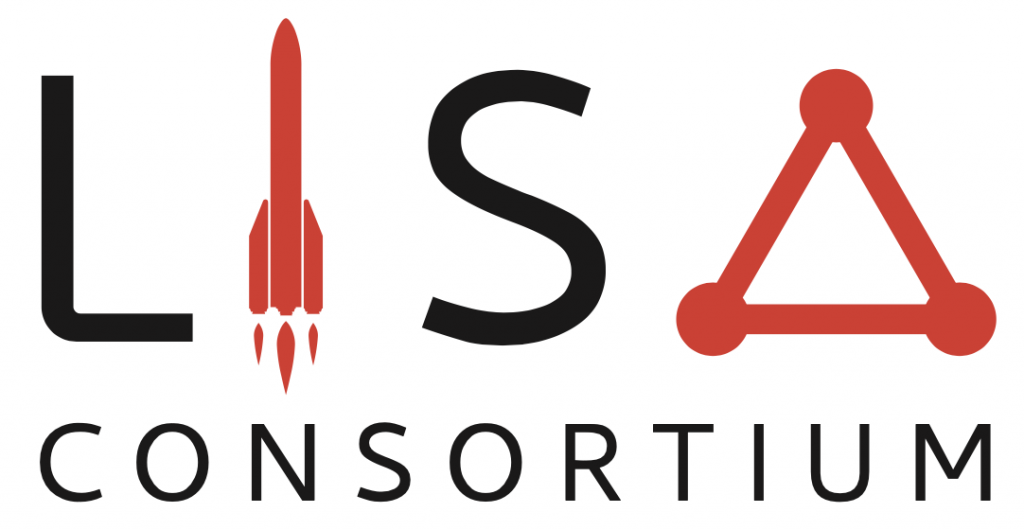