Weak Interaction Studies in the decay of 32Ar

The limits of these “exotic” currents can be obtained from high-energy physics experiments that try to produce the bosons responsible for these new interactions or from low-energy precision experiments, e.g. in ß decay, by searching for small deviations from the predictions of the standard model. The present proposal follows the latter path.

Currently the best limits for scalar currents come from the Ft value of Fermi transitions and measurements of the ß-ν correlation in the 38mK (0.5% precision) and 32Ar (0.65%) decays. For tensor current searches, the best accuracy is 1% with a measurement of the energy difference between alpha particles from the decay of 8Li.

The previous experiment with 32Ar is close to the one presented here. 32Ar decays, among other things, by a Fermi decay to a state in 32Cl, its analogous isobaric state, which is not related to proton emission. Due to the recoil of the daughter nucleus following the positron and neutrino emission, the proton is emitted by a moving source and is subject to the Doppler effect. Since the positron-neutrino angular distribution is different between the dominant vector part and a possible scalar current, measuring the Doppler broadening of the proton peak and comparing it to the predictions with or without exotic contribution allowed to determine one of the best limits on scalar currents.

In order to obtain this precise result, the experiment was set up in a magnetic field to keep the positrons away from the proton detectors. However, the positrons were not detected. In this proposal, we suggest to perform a first Doppler shift measurement, measuring positron-proton coincidences in the ß-delayed proton decay, instead of the Doppler broadening, keeping in mind that a shift is easier to measure with high precision.

The target accuracy for the correlation coefficient, to be extracted from the Doppler shift, is 0.1% (gain of a factor 5). A higher accuracy compared to the previous experiment is possible because a Doppler shift measurement is less subject to systematic errors. Another important factor is that we propose a long-term installation of WISArD at ISOLDE which will allow us to successively improve the device. The beauty of the current project is also that 32Ar can be replaced by e.g. 20Mg allowing a similar measurement. The states populated by Gamow-Teller decay could allow the search for tensor currents with the same technique.

It has been shown that for accuracies at the level of a few per thousand, ß-? correlation measurements remain competitive with LHC searches for exotic weak currents. Our result would thus bring the sensitivity to scalar currents to the same level as the projected limits of the LHC 14TeV data acquisition.

The installation of WISArD at ISOLDE was recently approved by the ISOLDE Collaboration Committee, the political body of ISOLDE. A letter of intent submitted to the ISOLDE Experiment Committee requesting a first test beam time has been approved. 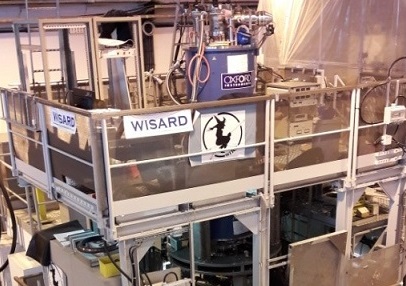 WISArD experiment. Studies of the weak interaction in the decay of 32Ar. 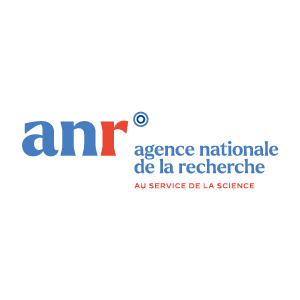 Measurement of the beta-neutrino angular correlation in allowed transitions (LPCTrap)