The equation of state also determines the phase diagram of nuclear matter, including critical points and boundaries (transitions) between liquid, liquid-gas, and gas phases. As an example, the liquid-gas phase transition defines the zone of coexistence in the density-temperature plane in which multifragmentation (simultaneous emission of fragments) is expected to occur as shown in Figure 2 below. The mechanism at the origin of multifragmentation is linked to the presence of mechanical instabilities inducing density variations which for certain wavelengths are exponentially amplified in the nuclear medium; this is the notion of spinodal decomposition.

The knowledge of the equation of state is thus an important axis of research in nuclear physics for its fundamental character linked to the relationship it has with the nuclear interaction in the medium and allows to better constrain the theoretical approaches derived from the density or effective field functionals. 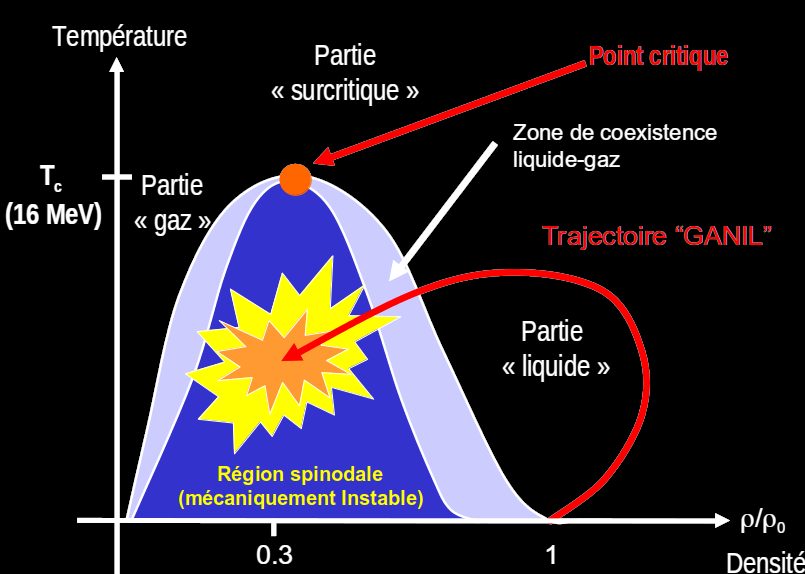 Equation of state of nuclear matter

Equation of state in the astrophysical context